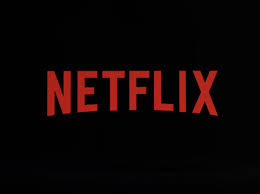 Netflix as a Political Tool

Imagine using Netflix as a political tool to sway voters through the use of “Thing’s we figured out you’d like” algorithm to sway the Netflix watching public’s opinion on issues.

Leading up to the next election, the opportunity to alter thinking on issues like climate change, corporate greed, inequities among the classes in the US, education, and election finance reform are only a few rolling around in the Netflix library. All of this is classified as entertainment because it comes from a source known to deliver entertainment, but is it really or is it much more?

While the “news” (It’s in quotes because the news really isn’t the news anymore) for years provided, what we believed, was raw information with a light overlay of perspective, it has morphed into a constant barrage of bits of data with a polarized lens preceding it. The news of today has taken away “thought” portion that many in the US used to exercise when reading it. It is to say that US Americans have decided not to think critically about what they read and to accept the news from their favorite “lens” provider.

I live in a house divided but political understanding. My wife is a glassy-eyed republican, “My Party or Die” or “Of Course I always vote the ticket!”. I am a moderate, like a Michael Bloomberg independent, a protest to what I believe is a system destroyed by the media and a population of poorly educated Americans that no longer have the skills to think critically. My kids lean more liberal, caring about the earth/climate change, their future, gun violence, and a general dislike of Donald Trump. Most of their opinions are formed by information fed to them in school with a component delivered through news media whereby the school deems that news media “lens” acceptable and reasonable. So we all watch Netflix.

I was on Netflix and watched a documentary on food sourcing. It was interested. It featured climate change, political interests, genetically modified food and organisms. It was a slant intended to create concern or even scare a consumer. It was clearly one sided and delivered without industry context. It would take one hour to get on a computer and research 30% of the content to understand the larger questions built upon in the “show” to understand how slanted the views and assertions laid out were. Going back the US problem, it is easier to watch the show and accept then to question the shows content/motive, process critically the message and further understand why.

Last night I watched Laundromat. As much as I loved this show and it was highly entertaining, it too has a message to deliver. It is delivered one sided but what’s particularly funny here is it’s delivered and narrated by the perpetrators as they explain their actions and their process. All of this is entertainment! It’s funny, it’s terrific! Sadly, the truth isn’t funny and like the article attempts to convey, it lacks larger context. The US viewer is not fully served by it, though, now they will believe they fully understand it.

The 11.5 million documents that make up the Panama Papers were leaked anonymously in 2016 to media outlets. They linked one of the largest offshore law firms, Mossack Fonseca, to world leaders who used accounts and shell companies to shelter billions from taxes.